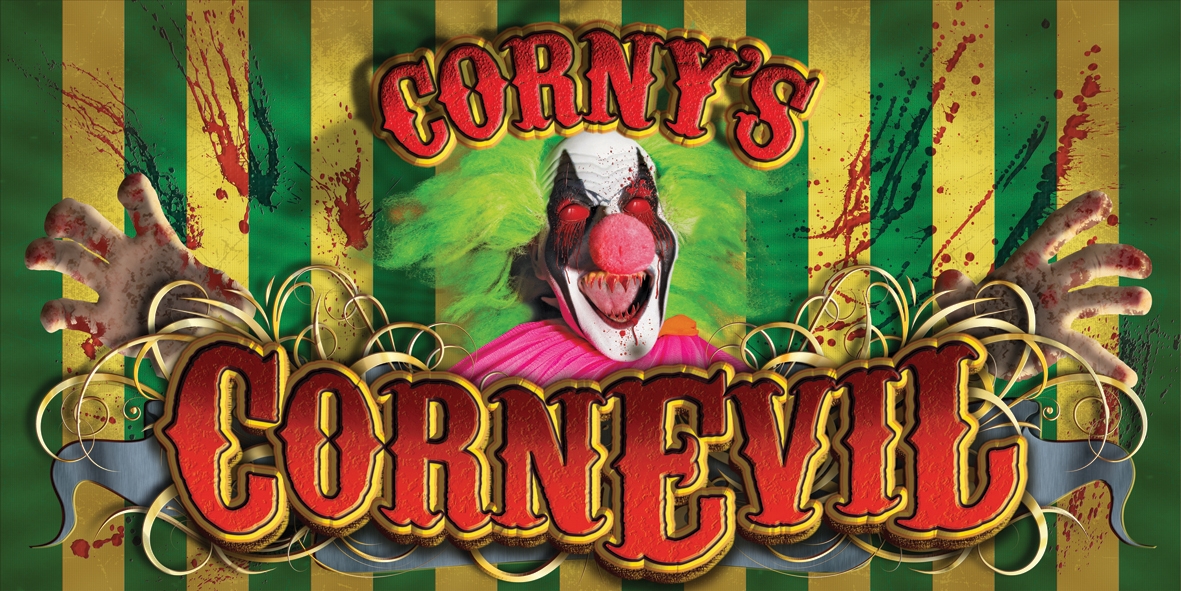 Corny the famous circus clown was murdered on this site by Leonard Dunnington in 1873. His designs for a house of confusion were discovered with his remains when they were unearthed on the farm. We rebuilt Corny’s fun house and soon the spirits of the long dead circus clowns returned each Halloween in ‘Reincornation’.

Now 10 years later, we have discovered Corny’s plans for an even more twisted, more sinister house of fun. A world where rooms shrink, spin around, and defy gravity, where passageways lead to apparent dead ends and you come face to face with your own image contorted in fear in the maze of mirrors. Enter Corny’s Cornevil where demonic clowns and mind-bending illusions will have you questioning your sanity and begging for the exit!

He’s trying to cross his fingers for Hallowscream to win “best event of the year” at the York tourism awards tonight !!