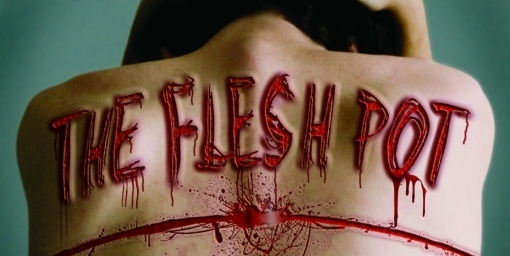 It was known that the farmer who lived at this farm in Victorian times, Leonard Dunnington, had his own slaughterhouse, where he killed and butchered his own meat for sale on the markets in York. Rumours were abound that he always had more meat to sell than his small farm could provide. The locals talked of how he must have been rustling cattle and pigs from neighboring farms at night. The truth was worse than this, far worse.
It is alleged that he would visit the seediest parts of York in the early hours of the morning, walking the smog filled streets with his horse and cart, watching for drunks and whores who he could prey upon. He would sit them on the back of his cart and  offer them a drink from his gin bottle, heavily spiked with laudanum. In a matter of moments they would pass out and fall backwards onto the cart. A tarpaulin would be pulled over them, and the next time they came round, they would be hanging upside down looking at the slaughterhouse floor. Their screams would be masked by the pigs squealing in the pens next door as they too awaited the knife.

Leonard took pleasure in removing their skins whilst they were still alive, and then butchered them as he did his pigs. Once they had bled out he jointed them up. The poor quality cuts along with the innards, feet, hands and heads were boiled up in a giant stewing pot make his the meat for his famous pies. The better cuts were sold as pork joints on his stall alongside his other meats.

People flocked to his stall, and talked of how eating his meat made them happy, blissfully unaware that the meat they were eating was human flesh laced with opiates.

Leonard Dunnington was tried and hung following the famous circus tragedy of 1873. It was claimed that he confessed his heinous actions to the priest before his hanging, but nothing could ever be proved, and the authorities kept this from the public for fear of causing an outrage in the city. The priest's diary is held in the Borthwick institute in York, and has only recently come to light, casting further shadows over the farm's gruesome past.

DARE YOU LOOK INTO THE FLESH POT !?