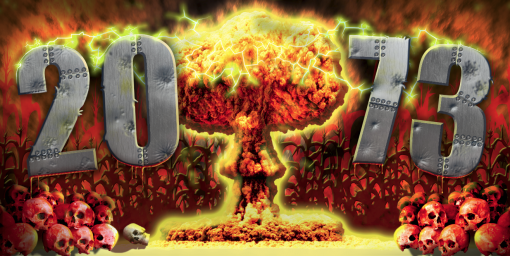 Joseph Clement has recalibrated his time machine in an attempt to avert the tragic events of the past that have cursed the farm.

Unfortunately instead of returning to the past, he takes you into the future where you will be thrown into a "post Trump" nuclear apocalypse. Society has broken down, and the streets are inhabited by zombie-like creatures, sick with radiation poisoning. Martial law has been enforced, and the Army are your best hope for survival.....unless they have been infected too!

We're going to #BringTheScreams to the White Rose Awards tonight at the @firstdirectarena in Leeds as we're nominated for the BEST Tourism Event in Yorkshire, alongside those goody two shoes over at @yorkmaze who are up for the Large Attraction gong...just give us the award now, and we promise Corny will behave himself... #WRA2019